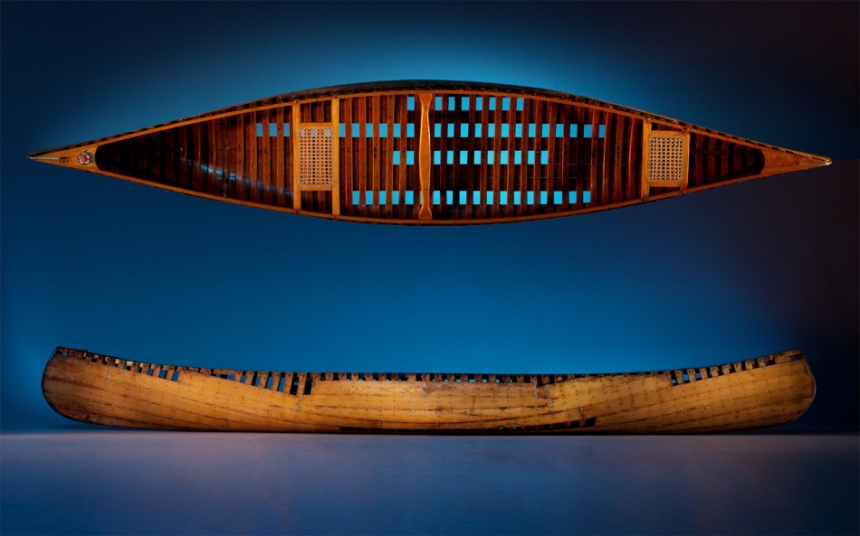 I shot these for Ottawa artist Chris Griffin to promote his work in the 2014 Nuit Blanche Festival in Ottawa. Having the widest cyc wall and the longest floor space run of a studio in Ottawa allowed me to create this in one shot. The antique canoe was roughly 15 feet long and yes, we do have a double set of cargo doors that allowed us to bring the canoe into our Gladstone studio. There would have been no way to shoot it on standard 8 foot background paper and comping it together would have been a nightmare.

I believe the canoe to be of 50`s or 60`s vintage and I chose to light it slightly warmer than real life to contrast the blue background I created with light…Virtually no photoshop, other than comping the shots together…What can I say. I am old school that likes to shoot it right the first time.